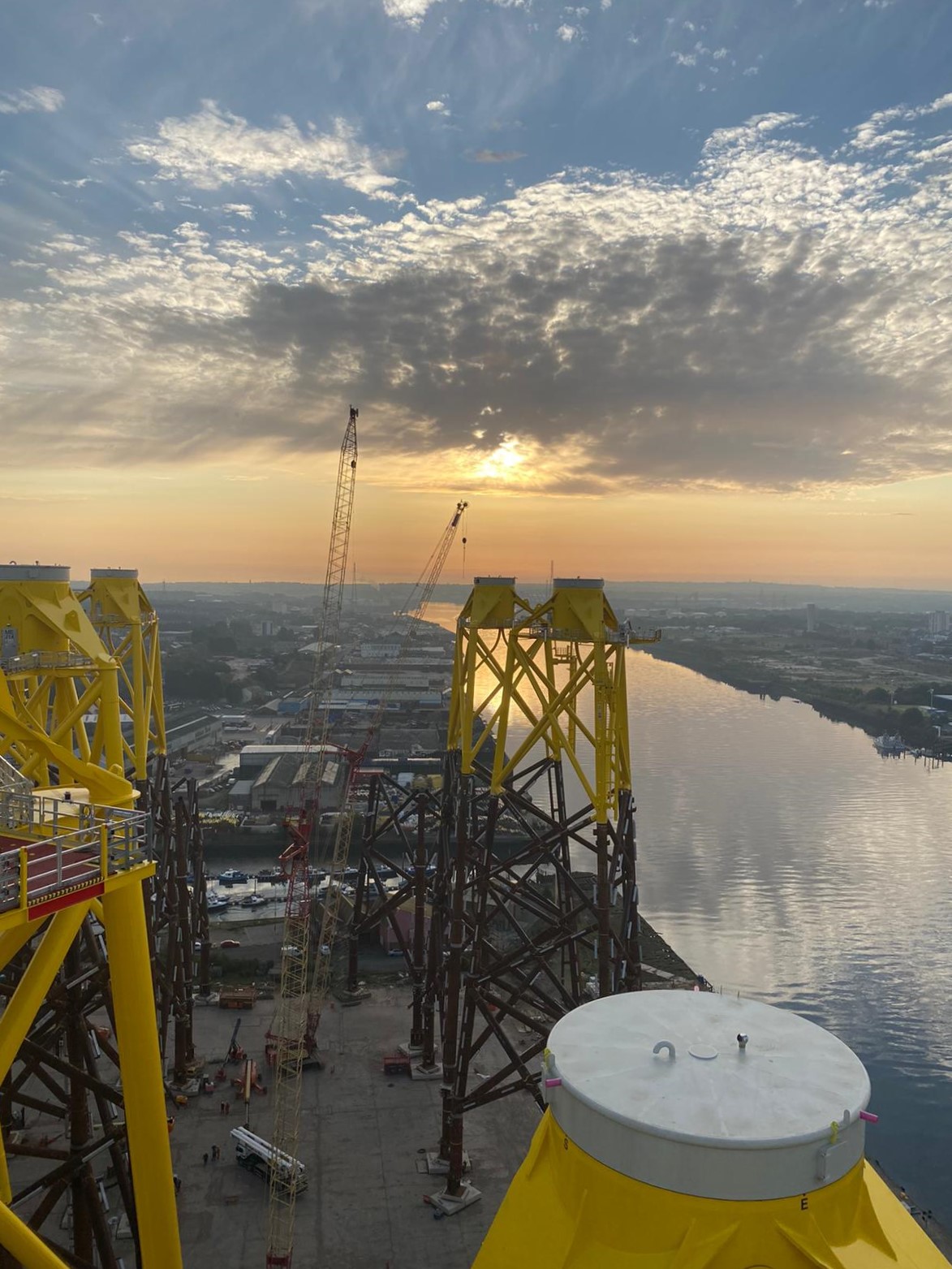 Edinburgh 26 September 2020:  Moray Offshore Windfarm (East) Ltd (known as ‘Moray East’) has welcomed the arrival of the 26th jacket in Nigg from Newcastle – successfully marking the half-way point of delivery of European-fabricated jackets for the project.

The jackets are the three-legged steel foundations on which electrical infrastructure is installed at sea.

The “GSMEC” - Geosea Smulders Moray East Consortium - between DEME Offshore and Smulders was awarded the full work scope for the 103 jackets required for the Moray East project, (100 for turbines and 3 for offshore substation platforms), the majority of these (55) for the wind turbine foundations are being fabricated by Smulders in Europe.

Owing to their size, the three-legged jackets structures are fabricated in two sections, upper and lower; 35 of the upper sections are being fabricated in Belgium and the remaining 20 in Spain.

The completed jackets are then sent by sea to Global Energy’s facility at Nigg, from which they are prepared for installation on site in the Moray Firth.  It is anticipated that jacket transport from Newcastle will continue until the end of the year when all jackets are expected to have been fabricated and delivered.

“Despite the challenges of Covid, and the issue of travel and the global supply chain, the steady flow of steel across Europe as it undergoes transformation into the massive jackets structures finally assembled at Newcastle and prepared for installation at Nigg continues at a steady rate.

“I would like to thank all of those who have made this possible including the ca.500 staff at Smulders yard in Newcastle, despite dynamic and challenging conditions.

“Thanks to the hard work of all our employees and subcontractors, Smulders mitigated several challenges, including COVID  over the last couple of months. We were able to continue working on the 55 Moray East jackets while still meeting the project’s initial milestones. An achievement to be proud of! This weekend, we’re pleased to mark the 26th jacket delivery in Nigg as well as the final lower jacket sail away at our yard in Hoboken. We remain on track to deliver fully assembled jackets at a consist output ratio, all according plan.”

“We are pleased to see yet another milestone of the project achieved as we welcome the 26th European jacket to the Port of Nigg. Our facility has proved to be the ideal staging & marshalling port for the Moray East project due to our deep water facilities and highly skilled workforce. Well done to the entire supply chain so far for this achievement. We look forward to seeing the project progress through to completion.”