Edinburgh 15 January 2021 Moray East has announced the successful milestone of its first turbine installation, issuing photos of the first of 100 9.5MW turbines in the Moray Firth.

In December, Moray East announced the completion of jacket installation - with 100 three-legged steel foundations installed on the sea-bed.   Turbine components have been arriving in the Moray Firth, where they have been stored and preserved onshore.  Pre-assembly work is being undertaken at Global Energy’s facility at Nigg.  Turbines components are loaded onto an installation vessel and taken to site; the offshore installation, comprising of 5 lifts, will be completed by MHI Vestas and Fred Olsen .

The first turbine was completed today.

“A turbine is the most iconic representation of the new offshore wind industry, and I am delighted to issue images of Moray East’s first turbine, a proudly towering 200m representation of engineering success against some of the most challenging circumstances the world has known.

Moray East’s Head of Construction Enrique Alvarez Cordobes said“This has demanded precision engineering with massive components, requiring excellent co-operation and co-ordination between a range of companies both on land and at sea, and I would like to offer my thanks and congratulations to all those who have made this most distinctive and visible milestone possible.“

“Moray East is the country’s largest infrastructure project, and a massive amount of effort – represented by tonnes of steel and kilometres of cable – much of this below ground or sea - have been required to get us to this point.

“I am delighted to be able to announce one of the project’s most visible and distinctive milestones – the safe and successful installation of our first wind turbine. This is a truly amazing team effort considering the circumstances under which the teams had to work to achieve that important milestone. The resilience and good co-operation was one of the key factors in achieving this. I am looking forward to see the remaining 99 wind turbines being installed safely and successfully during the forthcoming months and wish to thank all those involved in making this happen.”

The installation of the wind turbines is being undertaken by MHI Vestas , using Global Energy’s facility at the Port of Nigg in North East Scotland as the onshore pre-assembly port. 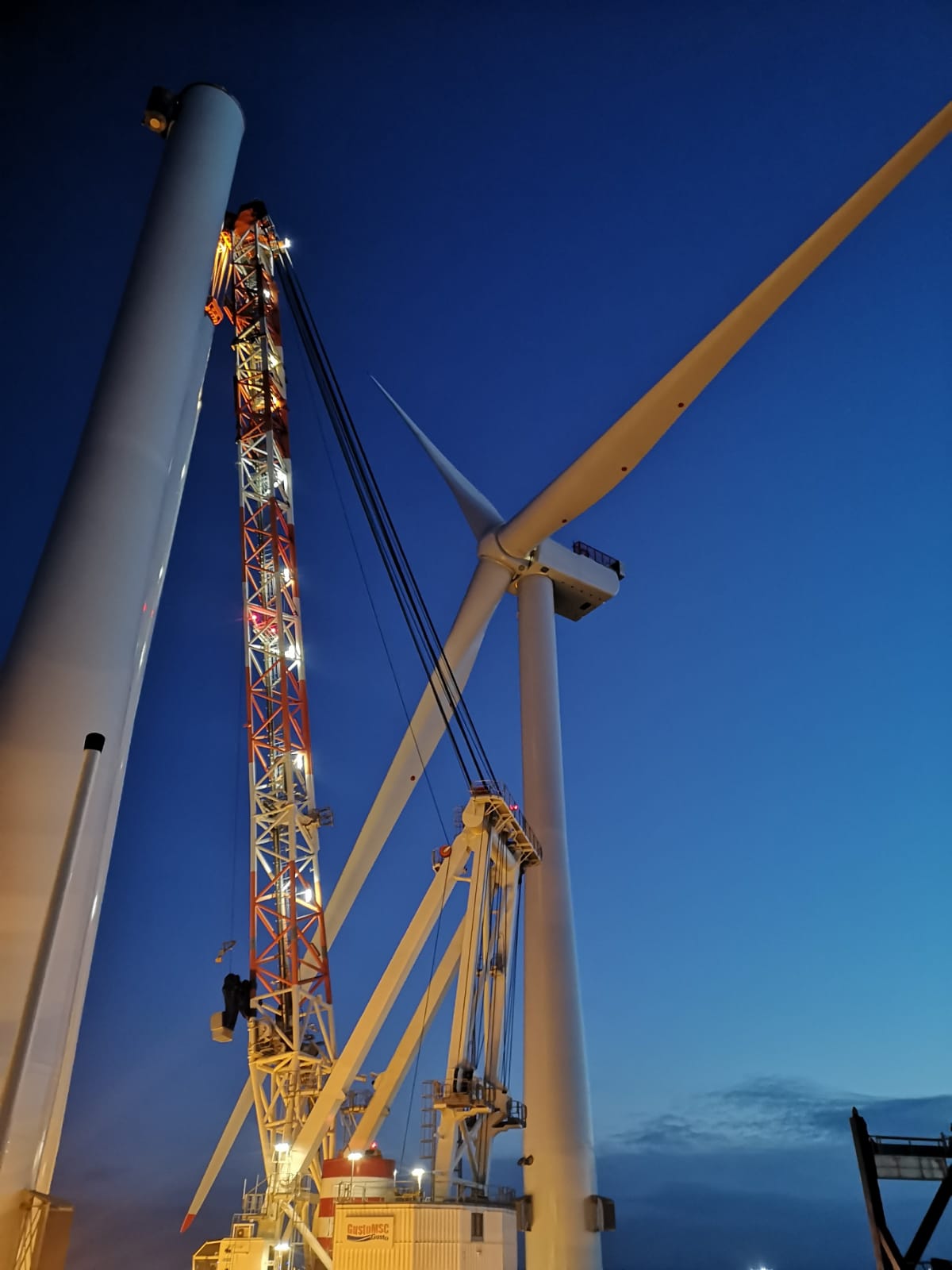