To minimise environmental impact, the cable was pulled through an underground duct which runs from a point on the shoreline between Inverboyndie and Whitehills , below the coast, below the sea bed, and out to a point in the sea ca 1km  from the coast.

The cable was pulled from the NKT cable laying ship, ‘Victoria’ through the duct by a winch on the shore.

The cable will be one of three which will take power from the offshore windfarm via underground cable to a new electricity substation on the national electricity transmission grid near New Deer.   The windfarm will provide enough low carbon power for over 950 0000 homes.

The installation of the offshore export cables (which connect the offshore windfarm to the shore) is being undertaken by NKT.

“This is another significant milestone  for the project and I would like to congratulate all those who have made it happen safely, despite the challenging conditions we are all working under at the moment.   Because it is underground and under the sea bed, the export cable is an unseen part of the project; but no less vital for that.

“When our works are complete at Inverboyndie, visitors to the area will have no idea of the advanced engineering hidden below the ground which is bringing literally millions of watts of low-cost, low carbon power to homes and businesses across the land.

“After several years of collaboration between NKT and Moray East we have finally reached this major milestone of installing the export cables. NKT is honoured being part of this major infra structure project and we are very much looking forward to this next phase of the project, connecting the Scottish public to the well-known winds in a modern fashion by also gaining electricity from it.” 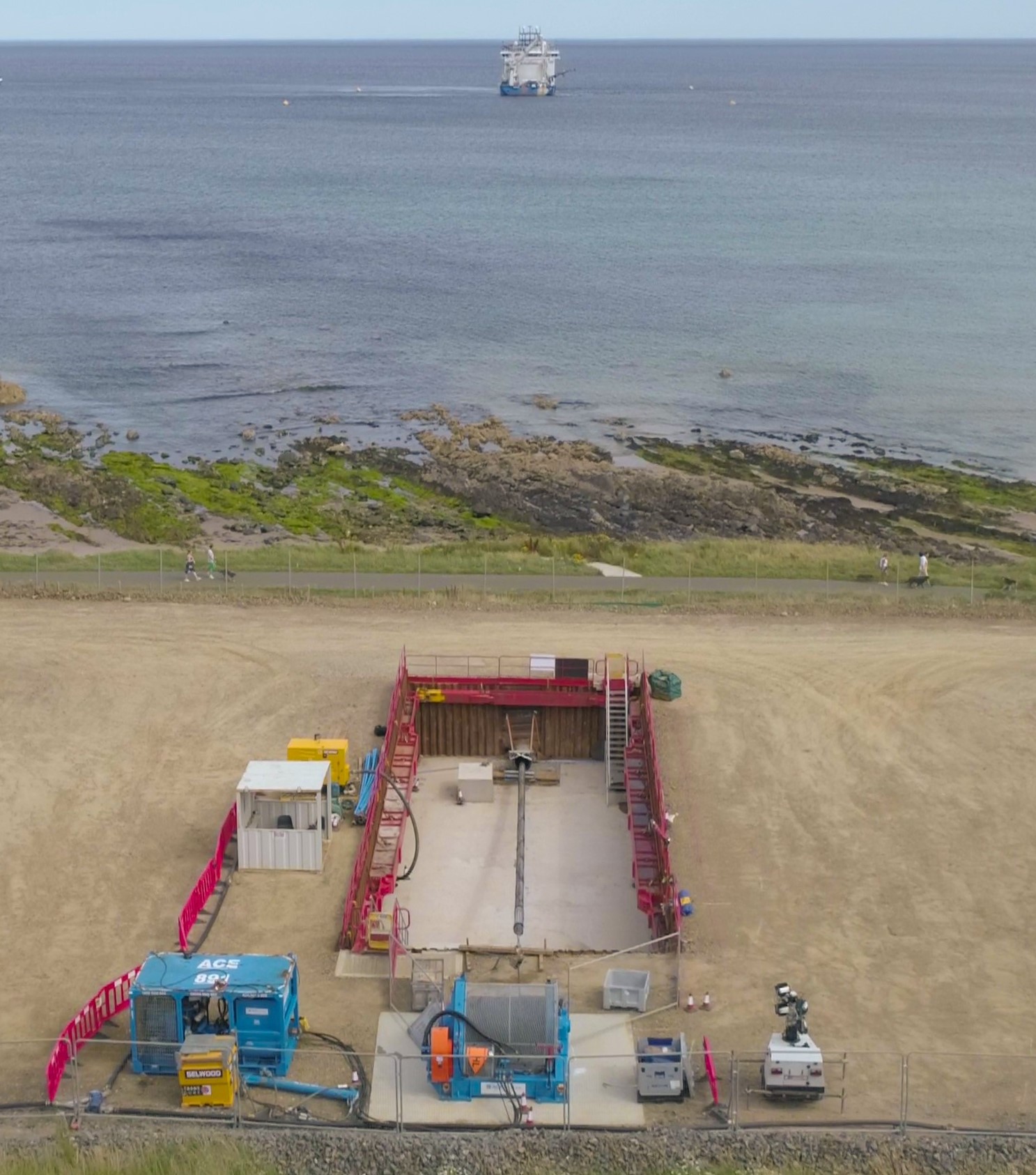 NKT have been contracted to undertake works including the manufacture of approx. 185 km of 220 kV AC offshore export cables and their installation by the NKT Victoria cable-laying vessel and burial. Installation of the cables is expected to commence in 2020.