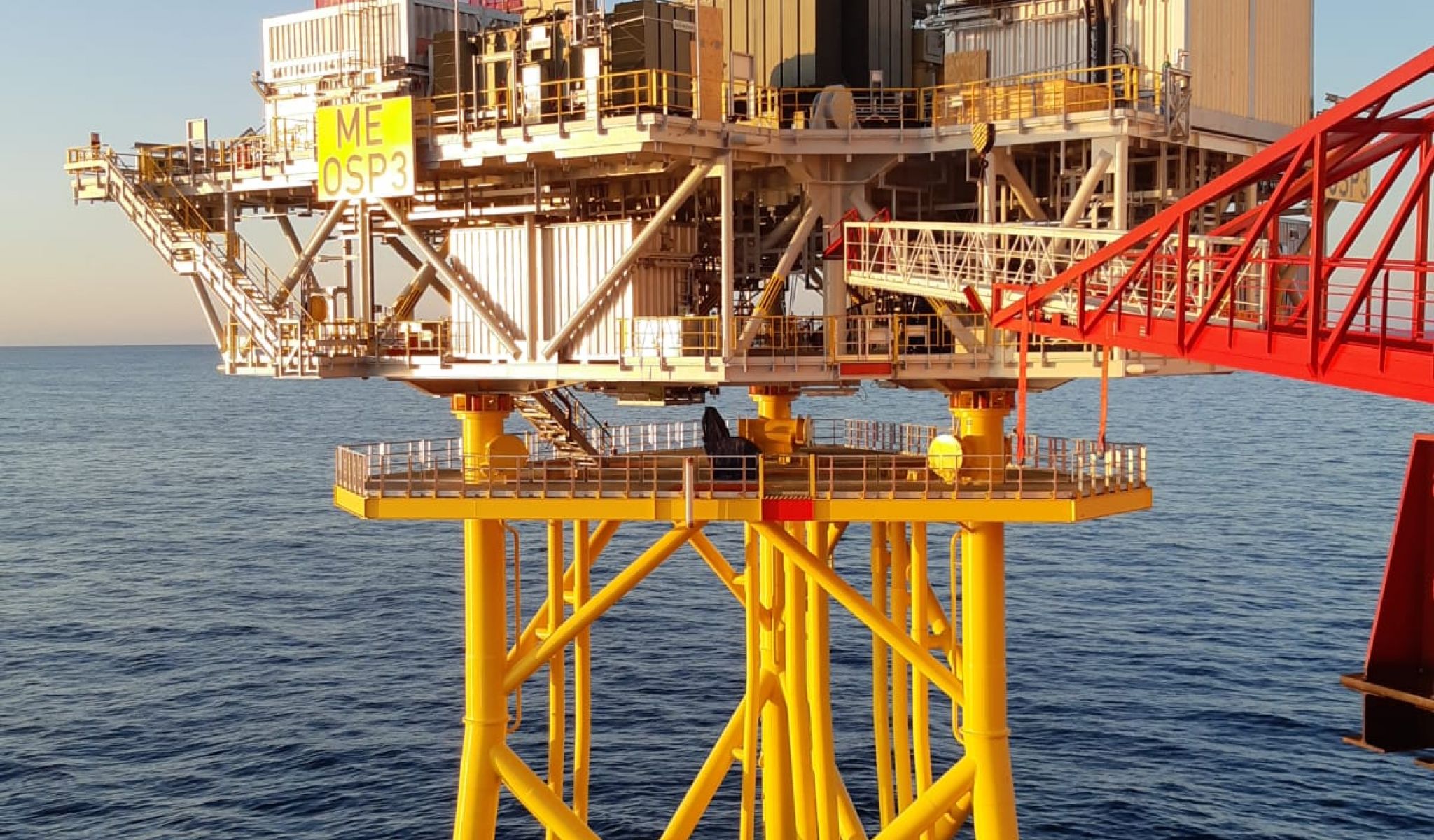 The modular OSP topside (which contains all of the electrical infrastructure to transmit the electricity generated by the offshore wind turbines) was installed on top of the three legged jacket structure, which was previously fastened on the sea-bed. The top-side was installed using the Seajack’s Jack Up Vessel ‘Scylla’ having previously loaded it onboard from Global Energy’s facility at Nigg.

The 1200 tonne topside contains all the essential electrical equipment including transformers and switchgear to transmit the electricity generated by roughly one third of the 100 offshore wind turbines, and increase its voltage from 66kV to 220kV so that it can be delivered through the export cable to shore with maximum efficiency and minimum losses.

The lifting operation required the precision mating of the 30mx28m topside with stabbing pins on the jacket within a tolerance of only 30mm.

In total, three OSPs will be installed within the next couple of weeks.  The offshore campaign continues with more and more activities to allow energisation next year

The electricity will come ashore at Inverboyndie, and will then be routed via underground cables to the Moray East substation at New Deer from where the electricity is fed into the National Grid .

Commenting, Project Director Marcel Sunier said: “The safe installation of our first offshore electrical infrastructure is a very significant milestone.  A 1200 tonne precision-lift is a major undertaking in any situation – and even more so in the challenging  waters of the Moray Firth, and I congratulate all those involved and I am looking forward to see the other two substation platforms being installed shortly.” 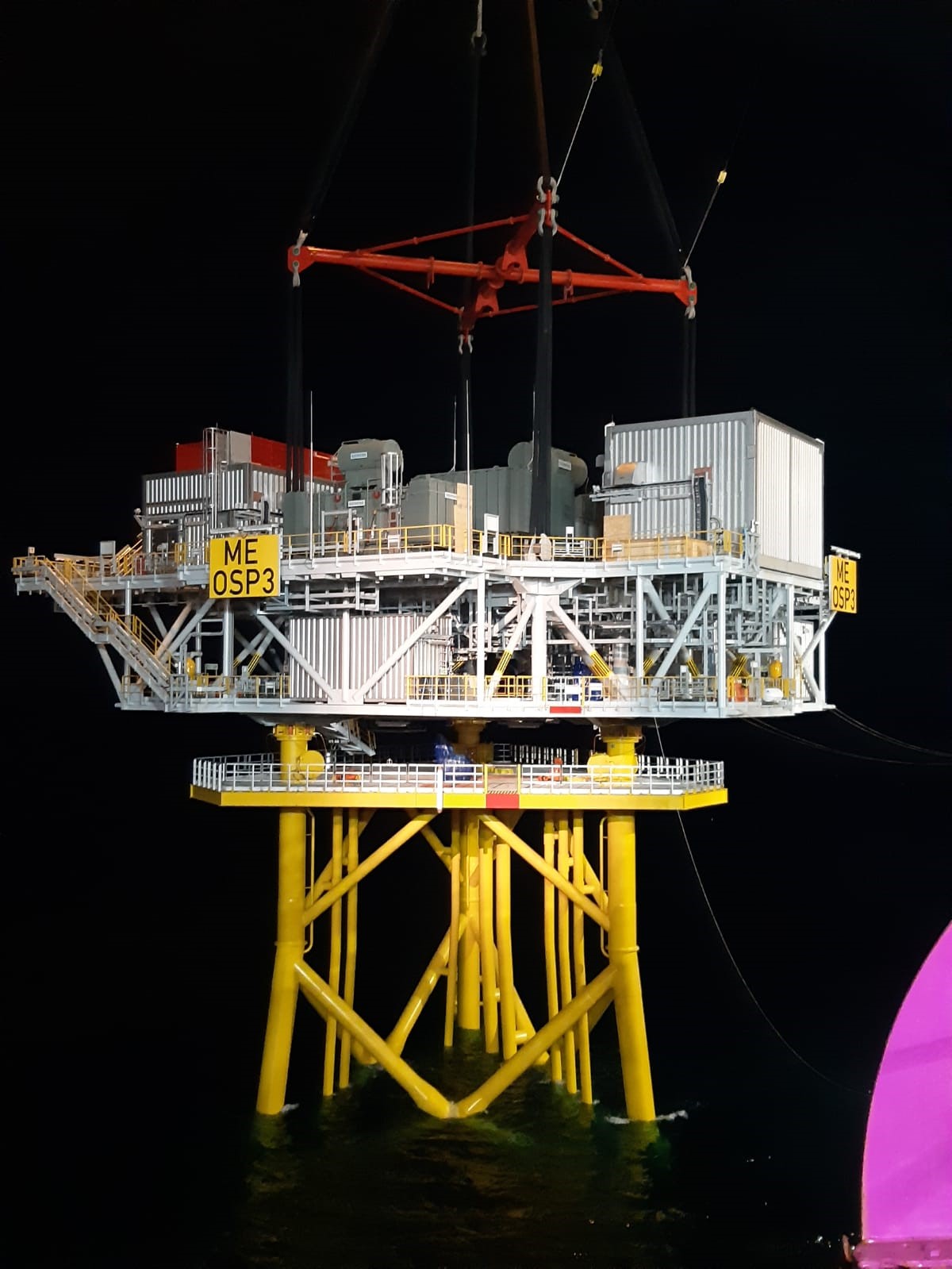 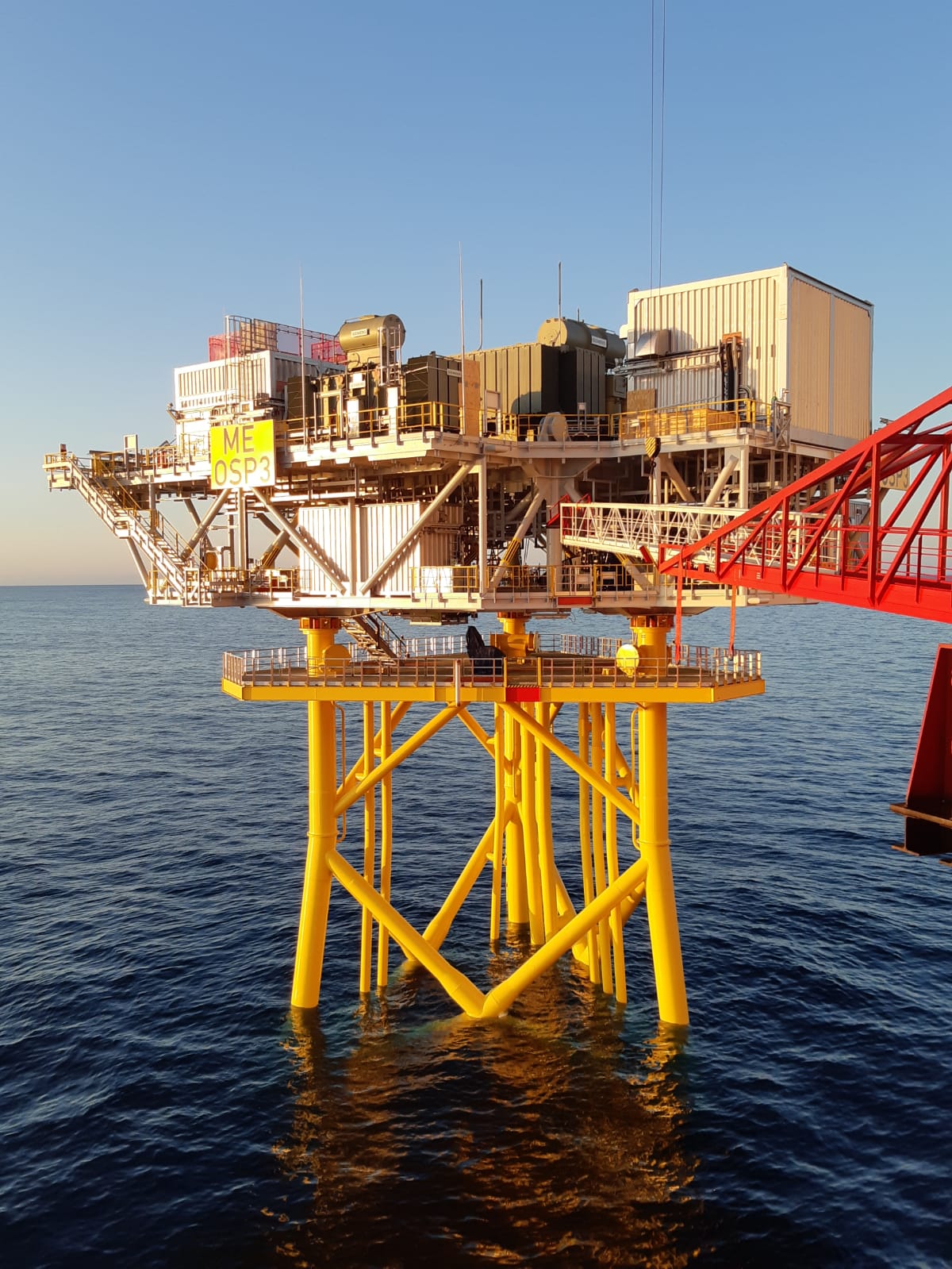